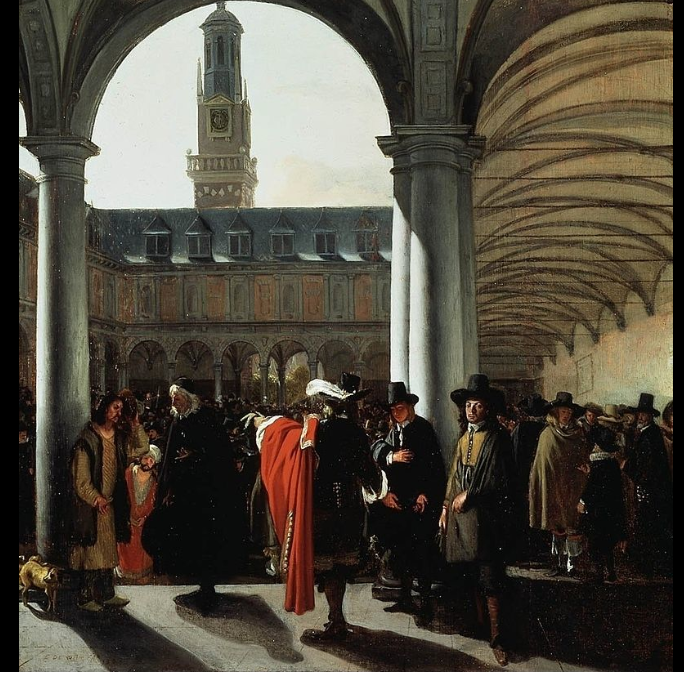 Thirteen words written into the 1602 charter of a new company changed Western economics. And may provide a clue as to how to fund future commercial expeditions to the Moon and Mars.

The trillions of investor dollars that pass through stock exchanges every day, starting in Tokyo and Beijing and later Moscow, Frankfurt, Paris, Amsterdam, London, then New York and Chicago—the stunning liquidity of private investments into thousands of companies, all can trace their origins to meet the need of a commercial frontier venture of the 1600s.

Think about this. It was commercial exploration that created the stock market, not, as I always assumed, the other way around.

The first modern-day stock market began in Amsterdam. The exchange developed because of a key problem confronting the launch of the Dutch East India Company (VOC) in 1602. As described in “The World’s First Stock Exchange,” by Lodewijk Petram, the standard procedure in the 16th century was to have trading companies raise funds, build ships, hire captains and their crew, send them to Indonesia and other exotic ports in the “Orient” to purchase spice, and then, once sold on the European market, the investors divvied up any profits and the venture was closed.

There was little liquidity as investor’s capital was tied up in a single project. Nor could huge sums be raised, as the companies in the 1500s were single voyage only.

Realizing that a more efficient approach was to take a longer view, The Dutch East India Company was granted a 21-year monopoly. This was far, far longer than previous ventures, such as the “Old Long Distance Company.” There were also political interests—think of VOC as a commercial extension of the still-fragile republic of Holland.

But 21 years is an eternity for any investor, whether in the 1600s or today. So, it was decided that after 10 years the investors could ask for their money back, plus any profits at that time.

Well, 10 years is till a long time to have capital locked up in an uncertain undertaking. So, as described by Petram, it was written, on the very first page of the share register, that the “Conveyance or transfer (of shares) may be done through the bookkeeper of this chamber.”

No longer did investors have to wait, whether for the dissolution of the venture, or a set period of time. What developed next was extraordinary: investors in the new venture began to sell their shares. That mean new investors bought those shares. And as the number of investors grew larger they began to meet in the plaza of a building in Amsterdam, then in the building and pretty soon, within several years, there was an active market of buyers and sellers.

Most of the tools of the modern stock market also developed naturally. There were investors betting on bad news (puts and shorts), others taking naked options. There was insider trading (news arriving from faster ships on good or bad news regarding the VOC activities in the Orient allowed one to respond accordingly before anyone else).

The Dutch East India Company lasted not just 21 years but for more than two centuries. It funded the launch of almost 5,000 ships, and settled more than a million Europeans in the Far East. Think commercialization, utilization and colonization all rolled into one multi-century effort.

I’ve been thinking about the VOC and stock markets lately, as we talk about the role of companies in our next steps to the Moon and on to Mars. What new financial tools might permit funding of such a venture? The VOC raised over $100 million dollars to funds its ventures. How could we tap a billion dollars, and like VOC, fund the flotilla of (space) ships, hire the crews and launch the expeditions?

I understand that colonization is not trade. There is no proven market. The mining of in-space resources is unproven. Beaming solar energy to earth (or elsewhere?) long discussed, is still years away.

But it’s encouraging to know that the modern stock market was born to fuel an impossibly long commercial mission from over 400 years ago.

Now, another task awaits: what new financial tools can launch our own 21-year effort (that may last two centuries) to commercially tap the resources of this generation’s space frontier resources?