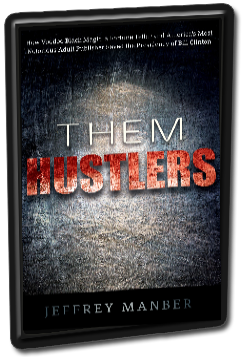 The political thriller is set in Washington of 1998. The novel brings to life the plight of Philip Greene, an occult obsessed businessman whose engagement with a high powered lobbyist sets off a chain reaction uniting an Annapolis fortune teller and a powerful reporter to do battle against those congressional politicians scheming to bring down Bill Clinton.

When does history end and fiction begin?

Get the Ebook to find out:

This ad in the Washington Post of October 4th, 1998 saved the Clinton presidency. 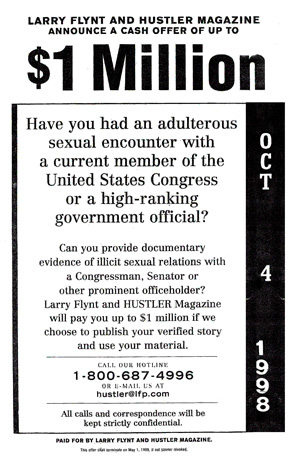 Be honest. What’s the chance that something really, really good will happen to you today? That’s right. Today.

And how often does good news come your way? Once a month? Or once in a blue moon?

Most of us have a platonic relationship at best with Lady Luck.

Not Phil Greene, the down on his luck Washington businessman. Lady Luck was just one of the many women he had flattered and courted throughout his life. And Greene had the numbers to prove it. Since before he was a teenager good news of some sort struck once every 23 days.

How did he know this extraordinary fact?

From the numbers. Everyday Phil struggled to connect the dots. He believed in horoscopes and tarot cards. In hidden forces for good and evil.

He cared little for the Washington scene of 1998, only about finding the right woman to become his wife. But had not Phil been drawn into the battle by congressional politicians gunning for more power and this is true, Bill Clinton may have lost his presidency over his affair with that intern. Should Phil not connect the dots on the greatest political scandal in our history, his very life may be in danger.

Backed by allies that include the ex-sailor fortune teller of Annapolis, a young powerful AP writer, and even the most infamous smut publisher, Phil’s hunt for the perfect wife pushed the unseen forces into full view. And changed not just Phil but the country forever.

This is the Washington never seen by tourists and voters but one where scheming and scandal are the perpetual motion machines of the political world.