I’ve had a great time taking on a number of fascinating projects, from a modern look at Lincoln’s relationship with the press to my personal recounting of the influence of Russia on our own space program. 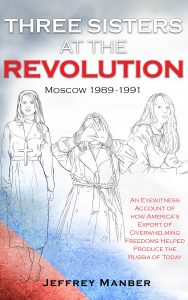 Three Sisters at the Revolution
– An Eyewitness Account of how America’s Export of Overwhelming Freedoms Helped Produce the Russia of Today.

Imagine a world of too much freedom. Imagine having too many choices. Imagine foreign languages flooding the television. Imagine gangsters being the only ones making good money…

What I saw in Moscow at the collapse of the Soviet Union, and how much the three sisters changed me, is the focus of this memoir…Read more. Available at book stores and on Amazon.

Them Hustlers
– The hidden battle of Larry Flynt against those politicians gunning to bring down Bill Clinton. Fiction.

My first novel, “Them Hustlers” tells the story of those congressmen who clawed and fought to take advantage of Bill Clinton’s scandal over his affair with the intern.

The novel is really about the the never ending hypocrisy of Washington. The reader is left wondering where does American history end, and fiction begin?

Selling Peace
– An Inside Look at the Soviet Conspiracy that Transformed the US Space Program. Non-fiction Memoir. 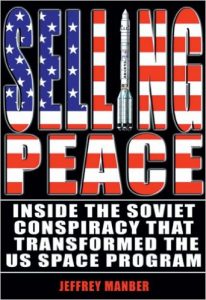 I’m gratified by the response to Selling Peace, “the Inside Story of the Soviet Conspiracy that Transformed the American Space Program.” This is my recounting of my 15 years working with the leading Russians as we fought to introduce open markets and competition to the international space programs.

The book tells my stories of how the Russians forced NASA to introduce American-style market reforms. The book is packed with great anecdotes, and I hope readers enjoy learning a lot more about the mysterious Russians–and a bit more about ourselves. Judging by the emails asking questions, it does seem that people are fascinated by the stories in the book. 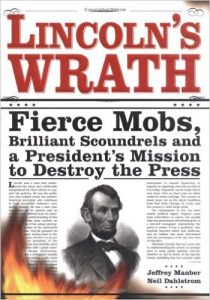 Lincoln’s Wrath was a difficult project, as it required readers and fans of Abraham Lincoln to learn of his actions in suppressing freedom of the press during the worst moments of our Civil War.

As during the Bush administration, the public was torn over the merits of suspending our most cherished freedoms in a time of war. Personally, I loved writing about the stubborn, angry yet patriotic John Hodgson, the 19th century publisher of a small newspaper who hated Lincoln, hated the war, believed in State’s right, but loved his country. The climax of the true story is a forgotten trial, that pitted Hodgson against the president of the United States. The outcome was, for me and my co-author Neil Dahlstrom, a shocker.